From Yale, a new sunblock that doesn’t penetrate the skin 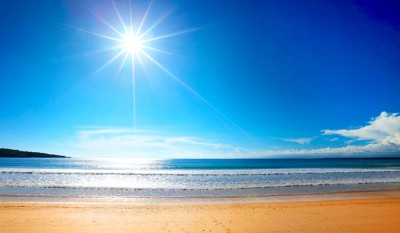 Researchers at Yale have developed a sunscreen that doesn’t penetrate the skin, eliminating serious health concerns associated with commercial sunscreens.

Most commercial sunblocks are good at preventing sunburn, but they can go below the skin’s surface and enter the bloodstream. As a result, they pose possible hormonal side effects and could even be promoting the kind of skin cancers they’re designed to prevent.

But researchers at Yale have developed a new sunblock, made with bioadhesive nanoparticles, that stays on the surface of the skin. Results of the research appear in the Sept. 28 online edition of the journal Nature Materials.

“We found that when we apply the sunblock to the skin, it doesn’t come off, and more importantly, it doesn’t penetrate any further into the skin,” said the paper’s senior author, Mark Saltzman, the Goizueta Foundation Professor of Biomedical Engineering. “Nanoparticles are large enough to keep from going through the skin’s surface, and our nanoparticles are so adhesive that they don’t even go into hair follicles, which are relatively open.”

Using mouse models, the researchers tested their sunblock against direct ultraviolet rays and their ability to cause sunburn. In this regard, even though it used a significantly smaller amount of the active ingredient than commercial sunscreens, the researchers’ formulation protected equally well against sunburn.

They also looked at an indirect — and much less studied — effect of UV light. When the active ingredients of sunscreen absorb UV light, a chemical change triggers the generation of oxygen-carrying molecules known as reactive oxygen species (ROS). If a sunscreen’s agents penetrate the skin, this chemical change could cause cellular damage, and potentially facilitate skin cancer.

“Commercial chemical sunblock is protective against the direct hazards of ultraviolet damage of DNA, but might not be against the indirect ones,” said co-author Michael Girardi, a professor of dermatology at Yale Medical School. “In fact, the indirect damage was worse when we used the commercial sunblock.” 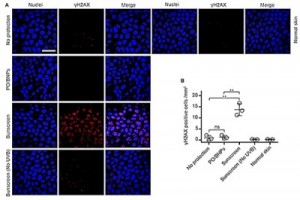 Girardi, who specializes in skin cancer development and progression, said little research has been done on the ultimate effects of sunblock usage and the generation of ROS, “but obviously, there’s concern there.”

Previous studies have found traces of commercial sunscreen chemicals in users’ bloodstreams, urine, and breast milk. There is evidence that these chemicals cause disruptions with the endocrine system, such as blocking sex hormone receptors.

To test penetration levels, the researchers applied strips of adhesive tape to skin previously treated with sunscreen. The tape was then removed rapidly, along with a thin layer of skin. Repeating this procedure allowed the researchers to remove the majority of the outer skin layer, and measure how deep the chemicals had penetrated into the skin. Traces of the sunscreen chemical administered in a conventional way were found to have soaked deep within the skin. The Yale team’s sunblock came off entirely with the initial tape strips. 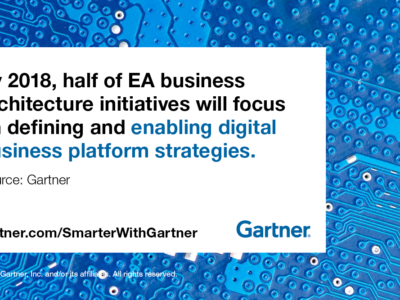 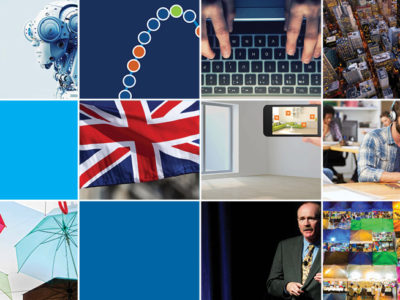 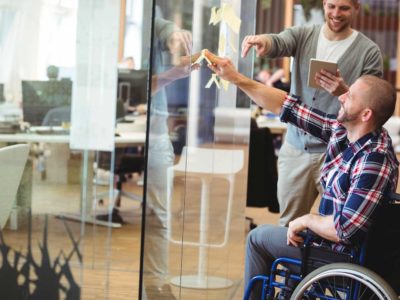 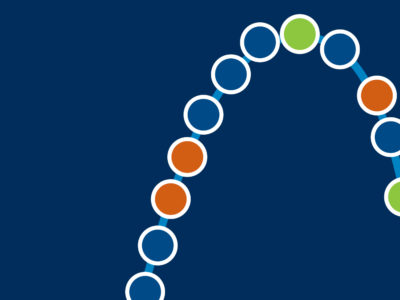